While I don’t usually get philosophical about birthdays, I would like to reflect on my last rotation around the sun…

This past year has seen a lot of change in my life and realisation of what changes need to be made in order to reach my/our goals.

Jay and I moved from our beloved rented sky-home apartment in Pyrmont in order to knuckle down and save some money for a deposit to buy our own (overly-expensive) Pyrmont apartment! Seeing a financial adviser was a rude shock in my spending habits; and it’s been very difficult and a daily challenge for me to reign in my spending and not have the ‘I deserve it now’ mentality. It’s a work in progress…

My work has been a constant challenge; from coming out of a project which was a solid year on a client site working exclusively for them, to managing a multimillion dollar global project and then having to audit and remediate 4 projects back to back that were off the rails with hostile clients, it’s been very tough. Some days I felt powerful and confident, and others I would duck into the bathrooms and have a cry. Many sleepless nights on deployments or worrying about my workload, but when I sum it all up and take time to reflect, it’s been character building and has provided me with more experience to be better in my career. My career hasn’t taken the path I thought it would when I was starting out, but most days I like what I do and the company which I work for. I did some study too which was hard but rewarding.

My extended family has had a tough year; My cousins lost their Mum, who I hadn’t seen in years, but who I love and respect deeply.
My father-in-law is almost 2 years into battling cancer, which is terminal however he’s going through palliative chemo and it’s still working although there are good and bad days, like all cancer treatments.
My brother ‘walked out’ of rehab 6 months into a 12 month program and I’ve been so angry with him I haven’t spoken to him since February. I just had enough of all of the lies and manipulation. It’s hard because I just want to magically fix his addiction and the bad choices he makes with his life because of it, but I can’t. I can’t continue to bail him out and have my emotions manipulated. I love him deeply but after trying every way to get through to him, my silence is my last resort.
On the upside I have had a few conversations with my estranged father, which have been good. It’s obvious that our relationship will never be the same as it was, he’s such an oddity, but I have completely let go of the anger and hurt I felt and carried around with me for 10+ years. It’s not so much a ‘light at the end of the tunnel’ but rather a ‘soft glow’ that I can see with our future relationship.
I didn’t get to see much of my most darling Mum this year, with her travelling around Australia, but we had a few days here and there which was nice. I miss her terribly and wish she just lived closer dammit.
On the upside, I have grown a lot closer to my sister-in-law this year. It’s always been hard for Jay because he is so much younger than his siblings so it was like they always saw him as “younger” but gradually over time that perception has been changing and this year we’ve had some quality time with one of his sisters and her family and I really love and respect them. As I get older I am starting to appreciate family a bit more.

Jay & I celebrated our 9th wedding anniversary earlier this month. I continue to be in awe of my husband, who is just brilliant, kind, caring, funny, so smart and handsome. We’ve been together 19 years (high-school sweethearts) and he still gives me butterflies. I’m very thankful for him.

The dynamics of many of my friendships changed this year; I made new friends, reconnected with old friends and farewelled some too. One of my best friends said something to me the other day about how some people just come into your life for a finite time where your friendship is intense and has a specific purpose. Afterwards you stay in touch and you’re still friends but the need has been met and the intensity has faded. Other friends are always there, in the background, and you know your love and affection will always be constant no matter the situation. I think it’s true and take comfort in that idea.

This last year my fitness declined a little as different priorities took over, but I recently did the Whole30 which kicked off my desire to make my fitness a priority once again. Im going to do the 12WBT again in the lead up to the New Year; with the goal to drop a few kgs before summer and really just get back into a solid routine. I’m apprehensively excited about it!

I didn’t do much travelling this year; we had a week holiday in Byron Bay in April which was relaxing although the weather was disappointing for a beachside vacation. I took a week off in September just to chill. Jay was at work, so I had some alone time to do day trips out of the city, walk with Harley, see some movies and do some cooking. It was therapeutic.

Last night I celebrated my impending birthday with close friends Janine, Ian, Jared, Pete and of course Jay. We went to a fancy bar for cocktails and then to an even fancier restaurant to dinner. It was so much fun! Here’s a few snaps of our night…. 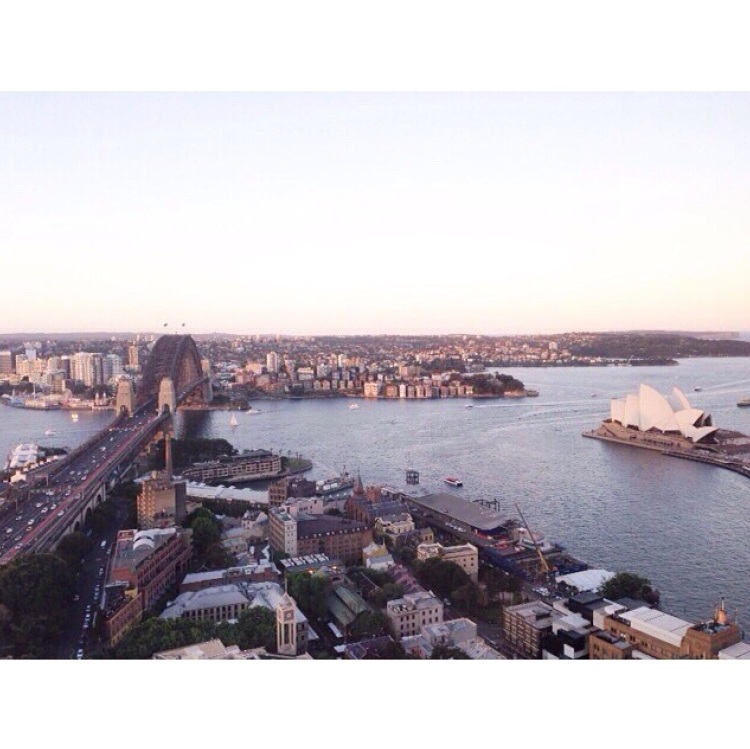 With all that in mind, it’s been a busy year but a good one!

Here’s to a better 36th trip round the sun!

Mel @thisismelly lives a life of adventure, gets lost in farmer’s markets, regularly indulges in movies, loves to whip up gourmet meals in the kitchen, swears that one day she will learn to speak French properly, adores candles and fresh flowers, married her high school sweetheart, visited 19 countries and counting, fears an apocalyptic rage-virus, regularly spoils her cavoodle Harley, loves walking along the harbour, is decorated with ink, muddles her right & left, seasonally switches between blonde and brunette, has soul-mates, favours painted nails & dangly earrings, always orders the 'plateau de fromages', is obsessed with British or Scandinavian crime fiction, detests creepy-crawlies & people who take too long to order coffee, gives terrible directions, makes up crazy dances for her devilishly handsome husband, believes in good, would always be dressed in Saint Laurent, Gucci & Chloe if she could, adores Tex-Mex & Japanese, loves the smell of rain & evening jasmine, may be addicted to Instagram&Pinterest, is always on the hunt for a really good macchiato, is James Taylor’s biggest fan, gets rowdy with tequila, dreams every night, takes pickles, jalapeños & dried fruit for movie snacks, would hate a world without French champagne, adores Pantone 1765, almost always wishes she was lying on the sand in the sun, is an inconsistent Paleo convert and although she is a hopeless Francophile she will forever be smitten with Sydney. View more posts

11 thoughts on “thirty six trips around the sun”